Former African Player of the Year Award winner Didier Drogba has been fined by the Major League Soccer (MLS) after he refused to feature for his club Montreal Impact.

The former Ivory Coast skipper demanded that he be left off the game in its entirety after he was set to be left out of the starting squad for the Toronto FC game last Sunday.

The English Premier League veteran has netted ten goals in 21 gmes for the club this term. He joined last term after a succesful return to Chelsea in the 2014/15 season. He had an issue with the club and wanted to be off the squad if he was not going to play, but the club’s president Joey Saputo insists that the relationship has been patched up. The 38-yar old player just couldnot escape a reprimand from the league . The MLS fined the player – but refused to disclose the amount. END_OF_DOCUMENT_TOKEN_TO_BE_REPLACED 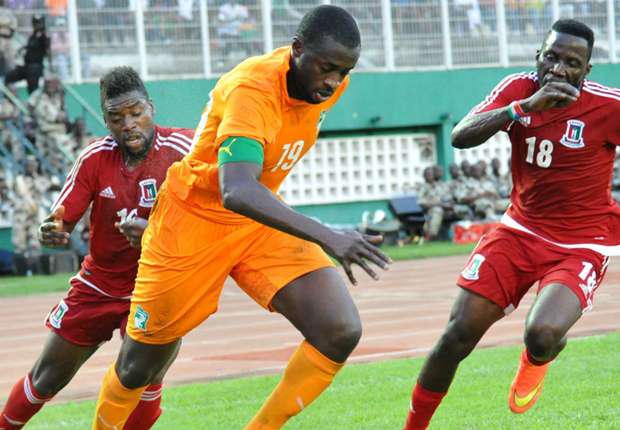 The four-time African Player of the Year award winner announced his retirement from international football this week. The 33-year old former Barcelona player featured over one hundred times for Ivory Coast until his exit.

“Writing this note was probably the most difficult match of my life. After 14 years at the highest level, I’m sure this is the right time for me! The fact that I am 33 now, the intensity of training and the multitude of games are not the reasons why I am making this decision,” Yaya wrote.

After an underwhelming season last term, Yaya is on the sidelines since Pep Guardiola took over at the Etihad. There has been trading of words over Toure by the player’s agent and the Spanish tactician. On African level, despite Ivory Coast having a packed team of established superstars like former Chelsea striker Didier Drogba, ex-Gunner Gervinho, former Liverpool defender Kolo Toure, former Arsenal player Eboue and others, it was in 2015 that they won their first African Cup of Nations title. Toure acknowledge this to be his precious memory in an Ivorian shirt.

“I would like to say solemnly that I am stopping!” Toure wrote, dropping the bombshell. “With the Elephants, it was even more special. I learned to win for my country. That’s why I will always retain the pride in having achieved four African Golden Balls for the Ivory Coast,” Toure added.